I’ve always admired wine people for managing to do good without being do-gooders, for which reason, Thirsty Reader, your correspondent will recognize them here from time to time. Such acknowledgment is not to be construed as beatification nor is neglect anything more than ill-chance—the doings, if you will, of the Murphya, that mysterious organization whose function it is to see to it that every day in every way Murphy’s Law remains in rude good health. Readers, if any, are free to nominate candidates—briefly, please—of their own.

The annual Staglin Family Music Festival for Mental Health, (Saturday, September 11) has over 15 years raised some $95 million for research and treatment of brain disorders. ALL the money goes to charity because sponsors underwrite all expenses. 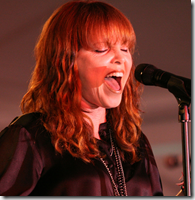 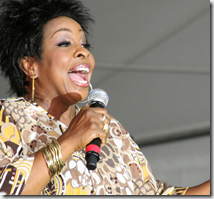 Pat ‘Choppers’ Benatar (l.) and the toothsome Gladys Knight were among the mentally stable stars of previous Staglin music fests.

Glenn Close is scheduled to attend—she helped the Staglins launch bringchange2mind.com, which com-bats the stigma of mental illness. Dwight Yoakum will perform. Wine will pour—much of it, I’m told, rare, cultish stuff. For tix and more info: the Staglin Music Festival for Mental Health 2010. Yeah, it’s expensive, but the cause is good and it should be worth the price just to sit on the Rutherford Bench and breathe the Rutherford Dust.

Iron Horse Does the Wave 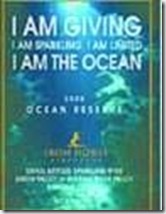 either—by pledging $4 a bottle to Nat Geo’s Ocean Initiative. Or so we hear–Joy herself is keeping mum owing to some sort of NGS embargo. There won’t be a word for some weeks, but not everyone is as lip-zipped as La Joy, and my spies, powerful friends, figures of influence and important allies are all more than eager to spill the beans. My fingers are in every pie and my irons are in every fire, as it were. So . . . only 1000 cases were  produced; they’ll reach the distributor early next month. Also, OC is a blanc de blancs concocted with a dosage unique and a trio  of labels based on underwater photos (why not collect 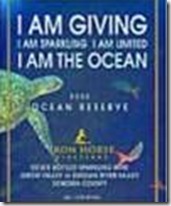 the set?). A back-label technogadget, scanned with a cellphone, connects to a video about the making of the cuvee, the ocean’s role in Iron Horse’s micro-climate, and more–much more. Suit yourself, but I’ll be working on getting the cork out. After a certain amount of bullying Joy her-self let slip that she hopes Ocean Reserve will become the holiday gift of the year but grudgingly admits that it will be OK in her book 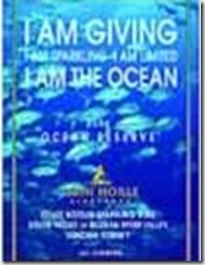 if people buy, in addition or even instead, some of her Chardonnays and Pinots. For my part  I’ve been known to topple face-first into her other sparklers. One of them, called Joy! is available only in magnums–perfect for living-large occasions like those that, in this economy, are long vanished from my life. Hot tip: Expect another special wine for Earth Day 2011.

Hopalong Cassidy was possibly the only cowboy who drank milk (old Hoppy bottles are hawked on eBay) and sarsaparilla rather than whiskey, and the only Western good guy to sport a black hat (he wore black top to bottom, in fact). Despite being a fictional character he represents the gentler side of cowboydom, long obscured by the saloon-and-shoot-‘em-up tradition. Cowboys, after all, are wearing pink these days and they also wrote (and write) poetry–see cowboypoetry.com, pilgrim–so at least 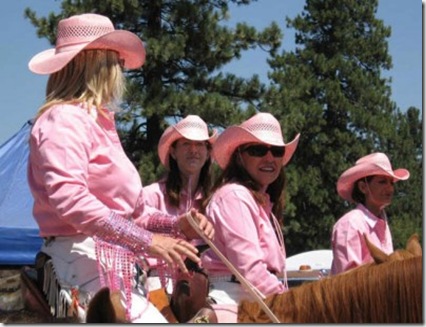 Yes, I know I said the cowboys wear pink. They do, but these cowgirls are, according to The Big Book of Wild West Cliches, a mite purtier.

some of them might have been pleasured by a glass of wine. That brings us to Purple Cowboy, the Official Wine of the Professional Rodeo Cowboys Association, whose 600+ rodeos a year attract some 30 million fans, many of them parched. There are two wines in the corral, Tenacious Red, a Cabernet-Syrah blend, and Night Rider Merlot, which has 5% Cabernet (both $13). ‘Real cowboys do drink wine’ says Terry Wheatley, founder and marketing head of Napa’s Canopy Management, which calls itself a ‘wine creation, sales and marketing company.’ Which means, in short, that there’s a lot of wine out there, and someone has to figure out a way to sell it. Wheatley’s family has a long history in rodeos and she is married to a professional cowboy. Some years back, when her son Wade was competing in a roping championship, she combined rodeo with a campaign called Tough Enough To Wear Pink.

When you see this label, pardner, it’s time to be thinkin’ pink and drinkin’ purple

It has since raised more than $7 million, fighting breast cancer at the rate a one buck donated per case depleted. Both wines hail from Paso Robles (pronounced cowboy-style: row-bles) where real cow-boys can still be found today. Their inspiration was local cowpokes who supposedly worked vines during the week and rodeos on weekends—and the legend is that they liked wine so dark that it turned their teeth purple. As for the ropin’ and ridin’, that’s called a rodeo, which is generally pronounced rodeo but rolls trippingly off the tongue as ro-day-o when dusted with chipotle and splashed with salsa.

OK, amigos? Now I am going to go sit under a tree for a spell, there to pop some Purples and sing a few lonesome old verses of Ghost Riders in the Sky.

–If You Let Them