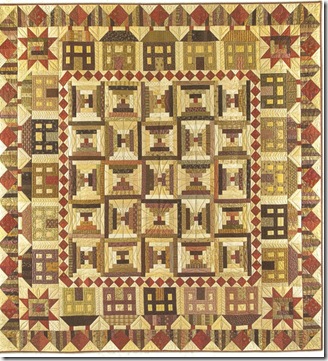 Amazing, is it not? Our republic enshrines separation of church and state yet is equally devoted to sin taxes. The latter originate with the Puritans, a group of crackpots who fled religious persecution in England so they could practice it here. Their mean, joyless ethos lives on. H.L. Mencken deftly described it as â€˜The haunting fear that someone, somewhere, may be happy.â€™

Enter Josephine and Kent M. Whitney of San Diego, whose fevered wish it is to send California taxes on alcohol to the moon. Currently those taxes are 65 cents a bottle for liquor, 11 cents a six-pack for beer and 4 cents a bottle for wine. Claiming that alcohol use and alcohol-related problems cost California $46.7 billion a year, the Whitneys want to impose increases that the word astronomical is helpless to describe. If by August 23 they can collect the signatures of 433,971 registered voters who also happen to be loons, theyâ€™ll put on Novemberâ€™s ballot an initiative calling for taxes, respectively, of $17.57 (a 2700% increase), $6.08 (5500%) and $5.11 (12,775%).

Yes, I know itâ€™s awfully close to April 1, but the Whitneys launched their application last December.

The money raised would, according to the Whitneysâ€™ pious hopes, go to the California Department of Alcohol and Drug Programs for the doing of good. How much money would that be? An extra $7-$9 billion, the state estimates. But I suspect the state is smoking fairy dust and basing its guess on such gorgeous unlikelihoods as a] full compliance and b] consumption remaining at 2010 levels. Gros chance! as they say in France.

Prohibition via taxation is not going to workâ€”not as the Whitneys think, anyway. For confirmation I turned to my legal prognosticator, Silo Vance, the ruminative ace detective of Californiaâ€™s Cattle Feed Marketing Board. â€˜If Californians live up to their reputation for lunacy and pass the measure, what youâ€™ll get is not more revenue but less, so the state will have to tax trail mix, organic fruit juice and Miley Cyrus instead. â€˜Californians are a creative lot, so thereâ€™ll be tax avoidance (which is legal) and tax evasion (not) on a scale unparalleled since the 1920s. Lawyers will get rich inventing ways for people to get wine without actually buying it. Like forming winery investment clubs that people can buy shares of and then take their dividends in product. Or theyâ€™ll sell raffle tickets that pay off in bottles and cases; whatever. Theyâ€™re lawyers, remember. They will figure it out.

Puncheon Judy, the producer of a â€˜California reddish table wineâ€™ called Motley Cru for the benefit of the BATF but known to its constituents as One-Buck Chuck, expects â€˜no decline in consumptionâ€”just in taxable consumption. If people will drink my stuff [whose label boasts â€œmade from any grapes from anywhereâ€] theyâ€™ll drink anythingâ€”Old Spice, Aqua Velva, vanilla extract. Wine they make in the kitchen sink and gin they make in the bathtub.â€™

It wouldnâ€™t be the first time, Thirsty Reader. During Prohibition, many California wineries shut down and wine  production plummeted, but the grape harvest actually increased. The smart money cleaned up by not making wine. Instead they grew grapes by the long tonâ€”getting millions in federal loans for new vineyards–and sold DIY wine kits. Ukiah Grape Products Co. sold fermentable juice and got clean away with it until a federal judge thought it a bit much that Ukiah agents, in outstanding displays of on-site service, made house calls to bottle their clientsâ€™ wine. Fruit Industries Ltd. also sold juices and concentrates, and is even now fondly remembered for Vine-Gloâ€”â€˜bricksâ€™ of dried grapes sold complete with pac 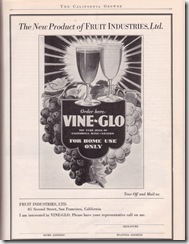 There was a varietal aspect. Zinfandel was a favorite for such foolery because, given its head, it will crop like mad–12 tons an acre will shoot out of the ground with such vigor as to constitute a menace to migrating game birds and local poultry. (Indeed schismatic philologists insist that the word zinfandel derives from the Croatian for birdshot). The resulting wine, or â€˜wine-like beverage product,â€™ did much damage to the grapeâ€™s reputation.

But I digress; taxation is our screed. Suppose the Whitneysâ€™ taxes to come to pass and California does reap $7-$9 billion from them. How much do you suppose will go to ending alcoholism and its related problems? Iâ€™d guess about as much as goes to ending smoking.

Every year every state in the union gets a handsome bunch of bucks from Big Tobacco as part of the agreement with the statesâ€™ attorneys general to take an annual settlement rather than sue tobacco companies day in and day out. The money was needed for and would be directed to fighting tobacco addiction and keeps kids from smoking.

Credits. Upper: photo by Joe Gibson of Cracked Pots, made by his wife, Karen Gibson, the Quilt Queen of Hendersonville, Tenn., to a design from Rosieâ€™s Quilts. A Vine-Glo advertisement.