Mayâ€™s a month of multiple Saturdays, and whether they be four or they be five is no matter. Only the first one counts, as it is sacred to the Kentucky Derby. 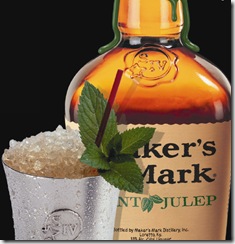 The Mint Julep in its traditional silverâ€”or at least silveryâ€”cup, looking perhaps a little too dainty, though, no? Surely a snowball of ice is wanted , not to mention lusher greenery and a shorter straw so you can put your nose in it? Two, bartender! The Julep means bourbon and Kentucky is the oom-phalos thereof, although it can be made anywhere on U.S. soil (I long for someone to give it a try at some far-distant U.S. embassy). Every Kentuckian knows how to make The Perfect Mint Julep and most eagerly press the recipe on parched visitors (a minority wince melodramatically, as if it has to peeled off their skin). All agree on the use of fine bourbon, mint, water, ice and sugarâ€”and disagree: Things fall apart; the center cannot hold, so I have consulted with Kentuckyâ€™s masters on styles and recipes.

Some Julep mavens crave laboratory precision. Others, free-handed, recognize the concept of â€˜to tasteâ€™. Still others seem to communicate with the Spirit World. Such an one was the late Booker Noe of Jim Beam, Knob Creek, Basil Hayden’s, Baker’s and, of course, Booker’s. He instructed me thus:

Second nature to Booker, who once closed a particularly jolly dinner with â€˜Letâ€™s go to my house for a drink! Does anybody know where I live?â€™â€”but a bit shy of details. Cocktail maven Gary Regan (ardentspirits.com) helps some, recommending ice crushed fine enough to frost a traditional sterling Julep cup or Collins glass, and he likes a snow-cone top. Getting no help on the Mint Question (should it be tightly or loosely packed?) I boldly decided on a middle course: pack it pretty tight. As for bruising, youâ€™re on your own. Itâ€™s a must for some, herbal abuse to others. For garnish Regan demands an abundance of six-leaved sprigs. Also, short sipping straws: He likes to bury his nose in fragrant greenery. He counsels a little more generosity with the bourbon, perhaps, and at last finds peace.

Chris Morris, Master Distiller of Woodford Reserve, is one who goes in for surgical precision. Hereâ€™s his 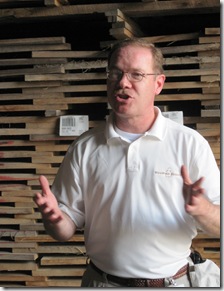 which should be mature and     Hereâ€™s Chris Morris now, preaching the gospel of ferociously muddled top-drawer mint and the civilizing effects of the No. 4 â€˜alligatorâ€™ char. 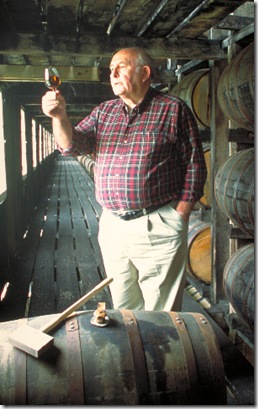 At right, the peerless Jimmy Russell in his glory, or rickhouse, entranced and bedazzled by the splendid amber liquid. A posed photo, of course, but one that captures the manâ€™s contemplative devo- tion to his calling.                Jim Murray. Gentle and soft-spoken, he takes any aggression out on the mint. He pummels it to release its essential oils. In an aside, he spoke of what pretenders call â€˜branch waterâ€™ or â€˜branch,â€™ (in-dicating free-flowing water from the branch of a river or stream as distinct from well wat-er).â€™ â€˜It’s an old-time term,â€™ Jimmy says, â€˜but not used any more ex-cept by Hollywood scriptwriters and people who are trying to make an impression.â€™

As for what grade of bourbon should be used, people can argue for hours about whether top-shelf stuff wasted on a subarctic cocktail. A nice question, and with characteristic bravado, Iâ€™m going to duck it. Consult your purse and self-image, and choose a brand from among Reganâ€™s four grades: Sipping Whiskey, On-the-Rocks Whiskey, Cocktail Whiskey and Kitchen Whiskey (which he says is â€˜for cooking–or the cook. Not that it matters.â€™)

Tom Bulleit leans to the view that most juleps are herbally challenged, a flaw he remedies aggressively in his Authentic Mint Julep. Great bourbon is required, he says, modestly recommending his own Bulleit brand, but after that he says â€˜the key is creating a rich mixture of mint, sugar and water that will flavor the bourbon to your taste.â€™

Kevin Smith (pictured) of Makerâ€™s Mark is one also precise, and generous, too. He starts with a liter of his bourbon, obviously with a party in mind. His way with mint is the same as Tom Bulleitâ€™s, but he insists on only distilled water when making his simple syrup. Then 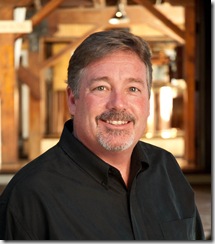 comes a serious departure from tradition. Julep recipes almost always call for pouring the bourbon in last, but Smith prefers to mix them all together up front. As follows: Pour a quart of Mak-erâ€™s Mark bourbon into a bowl (store the remainder, or sip it restoratively), stir in a cup of the simple syrup, and then add the mint extract, one tablespoon at a time. Taste as you go, Smith says: Itâ€™s easy to overdo the mintâ€”most people doâ€”and once itâ€™s in you canâ€™t take it out. Generally, he says, three tablespoons will suffice. When you think the mix is right, pour it back into the liter bottle and refrigerate it for at least 24 hours, so the flavors will â€˜marry.â€™ (Any less and they just get laid, I suppose.) To serve, fill glasses halfway with ice, add the mint sprig, then add more iceâ€”to about a half-inch above the rimâ€”insert the straw and dust with powdered sugar.