Poor old Elijah. The 9th Century B.C. (of course) prophet of Israel could raise the dead, call down fire from the sky and ascend to heaven in a whirlwind, but he couldn’t get a decent glass of wine. His was kosher and, says Anat Levy Rushansky, CEO of Israel’s Golan Heights Winery, it was ‘awful.’

It still has that reputation, but these days it’s almost always undeserved. My neighbor Faye Izmir, a Jewish immigrant from Turkey, is at pains to explain: ‘In the ancient times,’ she says, ‘the big difference was

that kosher wine was boiled.’ Oy! Yes, boiled. The reasons seem lost to history. Some people believe that boiling (somehow)  prevented non-Jews or ‘idolators’ from using Jewish wine in pagan ceremonies; others say that it discouraged interfaith socializing. Such speculations seem desperate or (Ms. Rushansky, again pulling no punches) calls such speculations‘crazy.’ In any event, today very few Israeli wines are boiled, and Ms. Rushansky’s Yarden and Galil Mountain wines are not among them. Flash-pasteurization (I’ll come back to this a little later on) is permitted—with religious sanction–as a substitute for boiling. It’s indicated by the word meshuval on the label, and the wine’s taste is not harmed by it. I don’t know anyone who can taste the difference between , say, a Bordeaux that has been flash-pasteurized and one that has not. I’ve never even heard anyone claim that he’s capable of telling the difference.

Although Israel ranks 52nd in world wine production (between Bosnia-Herzegovina and Tajikistan) there’s more good kosher wine around than ever before. It’s made from the same grape varieties, grown in the same vineyards, vinified in the same way in the same wineries. It comes from California, Italy, France, New Zealand, Argentina, Chile, Spain, Portugal, South Africa and elsewhere because once the boiling is dispensed with, there are but two koshering requirements:  1] no animal or dairy products may be used in processing, and 2] no one but Sabbath-observing Jews can touch the grapes, wine or equipment.

The former requirement is no big deal: merely eliminate the usual egg whites, isinglass (fish bladder), casein and gelatin commonly used to clarify and stabilize wine. (A lot of non-kosher producers already eliminate them to make their wine ‘animal-free.’) As for the latter, enter the Flying Kosher Winemakers. (Who knew?) New Jersey’s Royal Wine Corp., the 75-brand kosher goliath, parachutes teams of these specialists into estates all over the world. (The estates’ resident wine-makers remain on hand to supervise, but they keep their hands in their pockets.)

And so today we find that there are kosher value labels, such as Fortant de France, owned by Robert Skalli, who also owns Napa’s St. Supéry, and there are world-famous ones, including Laurent-Perrier, Pommery,

‘Really, you can drink kosher and never know it’ says Faye’s roommate, who calls herself Witch Mazel because she is the leader of a Judeo-Wiccan coven. ‘If you see the little symbol on the label, then you know it’s kosher.’ (The very strict Orthodox Union, for example, uses a capital U inside a capital O.) Kosher-certification symbols,  on front or back labels, are typically near one of the corners.

Another source of ill repute has been traditional sticky-sweet American kosher wine. In the late 19th Century, waves of Jewish immigrants settled on New York City’s Lower East Side, site, in 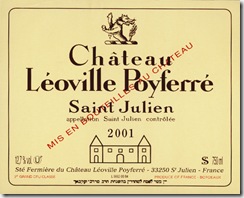 1899, of America’s first kosher winery: Schapiro’s. The Northeast’s ruling grape, the hardy and productive Concord, made terrific jelly, as Welch’s discovered, to its profit and delight, but its wine had an off-putting ‘foxy’ taste unless vinified sweet and even dosed with sugar. Sugar by the long ton, in fact. How sweet was it? Sweet enough that Schapiro’s proud boast was "wine so thick you can cut it with a knife."

Gum-drop sweetness has its fans even now amongst those who grew up with it, and they are many because supersweet kosher wine, like communion wine, escaped Prohibition as ‘sacramental’ wine. It became, in its way, traditional—enough so that today some younger American Jews insist on it for Passover. It’s easily identified. Most is made by Mogen David and Manischewitz (mere johnnies-come-lately compared to Schapiro’s) and labeled as ‘extra heavy,’ ‘specially sweetened,’ ‘traditional" or ‘Cream Concord.’ It’s an acquired taste.

Now let’s go back to the past for just a minute. Flash-pasteurization kills bacteria and stabilizes wine—and so does boiling. Now consider that some kosher laws grew out of health concerns. So I’m betting that the ancient Jews of thousands of years ago solved by intuition a problem that no one would understand until Agostino Bassi and Louis Pasteur in the 1800s. And they solved it with pre-Pasteur pasteurization.