Vodka, the clear and present danger, lives in interesting times, as the ancient Chinese said.* Or are said to have said. Some tony modern barmen dismiss it as lowly industrial knockout juice, and thus beneath their notice. Mixmaster Tony Abou-Ganim isnâ€™t buying it, and he combines facts, lore and recipes in Vodka Distilled to turn the tide.

Thatâ€™s a challenge of Canute-like difficulty, for in snooty jointsâ€”such as have printed cocktail menus, â€˜bar chefsâ€™ and unmarked entrancesâ€”vodka orders may be greeted with derision or insult. Â¶ â€˜Those guys are just a bunch of snotsâ€™ says my upstairs neighbor Brandi Alexander, â€˜who think theyâ€™re too good for their customers.â€™ A sweet-tempered ex-cocktail waitress, Brandi remembers â€˜back when I was hauling trayloads of libations at the old CafÃ© des Trois Outfieldres, we used to say the customer is always right, if not always bright, so we gave â€˜em latitude, not attitude.â€™ Â¶ â€˜Vodka has earned its place in any bar,â€™ Tony says. â€˜Itâ€™s one of the oldest spirits there isâ€™â€”much older that scotch, bourbon or ginâ€™â€”and, he adds, uniquely self-effacing. While some vodkas do have traces of taste and character,** most are simply neutral, the base of alcohol on which creative barmen can erect new cocktails. But never you mind: vodka isnâ€™t going anywhere, despite the pomposity, despite the Wall Street Journalâ€™s â€˜Vodka is passÃ©â€™ declaration: itâ€™s what the public wants. Americans, voting by cash register, buy 65 million cases of it every year. â€˜Nuff said. Â¶ The big names and exotics include Absolut, Grey Goose, Tanqueray, Ultimat, Double Cross, Skyy, vintaged Kauffman, Effen, Mongoliaâ€™s new Soyombo, and more. The

range runs from Titoâ€™s Handmade, whose price-quality balance makes it a Texas David amongst Goliaths, and Swedenâ€™s Purity, created by Thomas Kuuttanen, who claims a distinct character for it from his own 34-distillations process. [His own martini is three parts Purity to one of water, surely melted down from his own glacier.] Â¶ Most top names are pricy and beyond, especially when labeled â€˜luxuryâ€™ or â€˜ultra-premium,â€™ so value brands eagerly elbow in, claiming, like Titoâ€™s, to shrink the gap between top drawer and bottom dollar. Value titans Smirnoff and Seagramâ€™s now rub along with Sobieski [a bargain in liters and 1.75-liter â€˜handlesâ€™]; StÃ¶n and Reval, also in liters [increasingly popular for vodka], RÃ¶kk, Svedka, Denaka, Exclusiv, and jolly, irrepressible Wodka, which promises â€˜Hamptons Quality, Newark

so, naturally, you can now choose Belvedere UNfiltered vodka as well as Russian Standard regular and Russian Standard Platinum. You also pay for poetry, such as it is. Ketel One has claimed that its every drop came from an ancient pot still, distileerketel #1. Reverentially enshrined in KOâ€™s promotional video, the thing seemed ridiculously small, so I asked how much it actually produced. The p.r. babe cocked a snook, as it were, and replied in wounded tones â€˜Please! Ketel One is about quality, not numbers.â€™ Suitably ashamed, I asked U.S. Customs, which had logged 953,000 cases of KO the year before. Thatâ€™s about 2.3 million gallons, so maybe KO is going Double Dutch with double shifts. Ya think? Or maybe Bob Emmons, author of The Book of Gins and Vodkas: A Complete Guide, was right: KO is bulk alcohol shipped from France and Germany. Â¶ Are you paying more for kosher? Donâ€™t. All Domestic non-flavored grain or potato vodkas are OK, â€˜certifiedâ€™ or not, say kashrut experts. Are you paying more for gluten-free? Donâ€™t. Distillation, q violent process, destroys all but the verytiniest traces of gluten, so any distilled spirit is safe, per celiac.nih.gov/. Extremely sensitive folk play safe with gluten-proof vodka, i.e. not grain-based. No problem. There are potato vodkas by the long ton: Chopin Potato and Blue Ice; Boyd & Blair, Luksusowa, Monopolowa, Glacier and of course Idahoâ€™s Grand Teton [but not, oddly, Irelandâ€™s Boru]. Grapes make CÃ®roc and DiVine. Titoâ€™s and Smirnoff are corn, and Cayman Blue [VodcaÃ±a in Canada] is from sugar cane. Â¶ Potato vodka is considered a Polish joke by Russian, who vaunt their wheat and rye, but Polish distillers are ecumenical. Belvedere bottles separate vodkas from each of the major bases, for example, and Ultimat, looming majestic in its elegant decanter bottle, is a blend of all three. Suntory makes Ao vodka from rice, and your thrifty Russian housewife may practice home economics by home-cooking table sugar into a simulacrum called samogon, which she sells out her kitchen window for about a buck a liter. Its popularity may suggest that a Russian womanâ€™s place is in the kitchen. Corn works, as do sugar cane and soy beans [Inox and â€œ3â€™â€™, respectively]. Ingenious Mongolians have used yak and camel milk. Tuthilltown makes a fine vodka from apples, which are superabnundant  [and cheap!] in Tâ€™townâ€™s Hudson Valley homeland. Â¶ Truly, were some hardy visionary so inclined, lawn clippings might well make a Long Island grass vodka called Subur.

Green Jacket [â€˜The Vodka of Championsâ€”Now Bogey-Free!â€™] might be made artisanally from the mowings of Augusta National. Â¶ Russia is joined inseparably to many many consumers, which is why Putinâ€™s bullying anti-gay law sparked a U.S. boycott of Stoli, which is Latvian. Just as naturally, many brands pirate Russian names: Red Square and KGB are British; Military Special and MiG Pilot are American. Molotov, presumably just the thing for cocktails to be thrown at enemy tanks, is from Trinidad. Keglevich is Italian and Gorbatshow German. [Legitimately Russian in source and name are Red Army and Kalashnikov. [I imagine the latterâ€™s ads use peppy slogans that run something like â€˜Vodka Kalashnikov: It Will Blow You Away.â€™] Thereâ€™s a lot of such foolery in origin of this species. Galileo is Polish, not Italian [why isn’t it called Copernicus?]Alaskan Rock is made in Australia and was inspired by Italian restaurateurs. Kosher vodka is made in Jamaica. And so it goes. Â¶ As vodka wins consumers by its very simplicity, so is it beloved of distillers for low production costs. No deep limestone cellars or towering rick houses here; no long years of â€˜aging gracefullyâ€™ in new-oak barrels that are used but once and then either sold cheap to Scotland or cut up and sold even cheaper as planters. Vodkaâ€™s tao of profit is a speedy one: out of the still, into the bottle, onto the shelves and down the hatch. Some craft distillers have adopted vodka because itâ€™s relatively easy to make and sells like crazy, supporting their bottom line. [The only beverage with a higher return on investment is bottled water.] Not that itâ€™s always easy. Chris Weld, founder of Berkshire Mountain Distillers, says â€˜although vodka still dominates the spirit world, I struggle to sell my craft vodka beyond my local environsâ€”most distributors actually don’t even want to bring it in. They have plenty of vodkas from the big guys.â€™ And theyâ€™re much cheaper [his Ice Glen is $30] and available at big discounts. Â¶ The low prices are low indeed. Some of the 1.75-liter plastic jugs return change from a $10 bill. You may be wary of any brand in plastic bottles, especially in pints, half-pints and $1 shots designed Ã  la Manet for le dÃ©jeuner sur l’curb. Devotees of such stuff 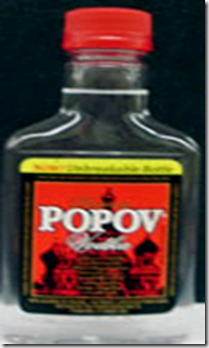 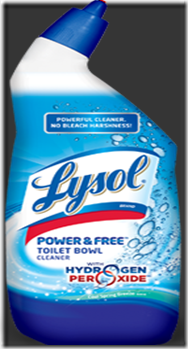 warn against drinking it straight and suggest drowning the taste with juice [cranberry, orange and grapefruit preferred], running it through a Brita filter a few times, or steeping it with Gummy Bears. In the end, you may wish to take a tip from Kirstie Alley: she uses to clean toilets, at home and in flight. What the hell: itâ€™s cheaper than Lysol. Â¶ Cheers!

————————————————————————
*Or are said to have said. Wikipedia says â€˜no Chinese source has ever been found.â€™ Phrases.org.uk calls it â€˜neither Chinese nor ancient, being recent and western,â€™ noting its faux-Oriental ‘Confucius say’ style. It is cited in the 1930s by
French-sounding Frederic RenÃ© Coudert, Jr. [actually a native-born New Yorker] and a contemporary British Ambassador to China who bore the magnificent handle Hughe Knatchbull-Hugessen.

**Taste-test for such nuances with neat vodka in wee glasses and at room temperature.