Thirsty Reader responded to my Christmas book post with a line from Auntie Mame: â€˜Books are awfully decorative, don’t you think? Mameâ€™s blithe spirit conjured my favorite moment from another film, The Truth About Cats & Dogs, in which Mr. Right gives a book to Ms. Wrong, a gorgeous model he delusionally thinks has a mind. Uma Thurman, who plays the model, plays the moment perfectly, hefting the package, unwrapping it cautiously, eying it speculatively and then, as the light dawns, cooing with manufactured delight â€˜Why itâ€™s a . . . itâ€™s a book!â€˜ Â¶ You, 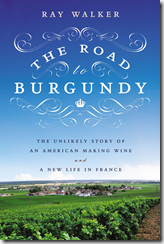 unlike Ms. Wrong, are a reader, and so, since itâ€™s summer it is also summer-reading time. For the drinking class there are plenty of books for porch, beach and patio, for deck chair and easy chair, for bed and chaise longue. Spanking new or slightly seasoned, the following will pair well with pulled corks, twisted screwcaps and popped tops, so donâ€™t lean inâ€”lean back. Â¶ One book that is truly seasonal is Kara Newmanâ€™s Cocktails for a Crowd, in which expert testimony  proves that â€˜batchingâ€™ drinks requires more
than a times-table. Many modern bartenders skance vodka; they consider it mere booze for getting blotto pronto. Bar chef Tony Abou-Ganim is not among them, and he makes vodkaâ€™s case in Vodka Distilled: The Modern Mixologist on Vodka and Vodka Cocktails. Heâ€™s not quite alone, because Ray Foleyâ€™s Vodka 1000: the Ultimate Collection of Vodka Cocktails, Recipes, Facts, and Resources was ahead of him, and now both are joined by Tony Conigliaroâ€™s The Cocktail Lab: Unraveling the Mysteries of Flavor and Aroma in Drink, with Recipes. Â¶ East Coast locapours are served a new edition of Summer in a Glass, Evan Dawsonâ€™s handy guide to New York State wines, while anypours have Jancis Robinson and Linda Murphyâ€™s American Wine in view. The World of Sicilian Wine, by Bill Nesto and Frances Di Savino is, says Nesto, â€˜just the startâ€”there is much more of Sicily to explore.â€™ Drinking with Men is by Rosie Schaap, who grew up in bars and says that at 15 she was telling passengersâ€™ fortunes 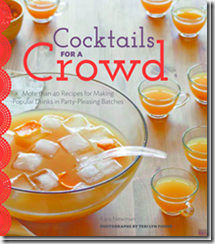 for beer in the bar car of a Toonerville Trolley-style railroad. You may readily suspect her of having many another cheerful tale to tell. Â¶ Francopours, always well-provided for, can entertain themselves with the likes of Ray Walkerâ€™s The Road to Burgundy: The Unlikely Story of an American Making Wine and a New Life in France, Remington Normanâ€™s Grand Cru: The Great Wines of Burgundy Through the Perspective of Its Finest Vineyards, Benjamin Lewinâ€™s Claret & Cabs, Oz Clarkeâ€™s Bordeaux: The Wines, The Vineyards, The Winemakers, Bill Nansonâ€™s The Finest Wines of Burgundy: A Guide to the Best Producers of the CÃ´te D’Or and Their Wines, and Jane Ansonâ€™s Bordeaux Legends: The 1855 First Growth Wines of Haut-Brion, Lafite Rothschild, Latour, Margaux and Mouton Rothschild. Â¶ For self-improvement look no further than  Bruce McGechanâ€™s Wine Marketing Online, which is instructive to buyers and sellers alike, and Oz Clarke again with The Sommelier Prep Course: An Introduction to the Wines, Beers, and Spirits of the World. Â¶ In The Vineyard at the End of the World: Maverick Winemakers and the Rebirth of Malbec, Ian Mount writes of the maverick Argentines who tamed Malbec, Tim James follows tradition and revolution in Wine of the New South Africa and Paul Lukacs goes back 8,000 years with Inventing Wine: A New History of One of the World’s Most Ancient Pleasures. The New York Times Book of Wine spans a mere 30 years, but who among us doesnâ€™t 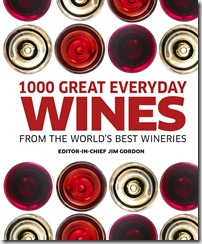 miss Frank Prial and R.W. â€˜Johnnyâ€™ Apple? Thomas McNamee treats of another Times writer in The Man Who Changed the Way We Eat: Craig Claiborne and the American Food Renaissance, and doesnâ€™t shrink from the details of Claiborneâ€™s harsh, even cruel upbringing, as well as his self-destructive later years. Â¶ If, like me, you believe in daily bread and daily red, Jim Gordonâ€™s 1000 Great Everyday Wines is just the ticket for Thrifty Drinker and Thirsty Reader. Fans of Michael Jackson, the non-singing one, will be grateful that his decades of devotion to malt whiskey are carried forward in the sixth edition of his Complete Guide to Single Malt Scotch, now updated by Dominic Roskrow, Gavin D. Smith and William C. Meyers. Â¶ Brewers seem unable to control themselves, at least so far as stopping at beer and ale. They plunge onward to every other kind of fermented drink, as in Emma Christensenâ€™s 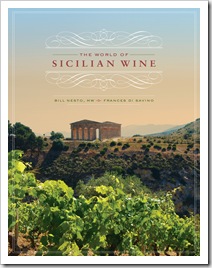 True Brews: How to Craft Fermented Cider, Beer, Wine, Sake, Soda, Mead, Kefir, and Kombucha at Home and Andy Hamiltonâ€™s Booze for Free: The Definitive Guide to Making Beer, Wines, Cocktail Bases, Ciders, and Other Drinks at Home, which will suffice until Dorling Kindersley releases World Beer in the fall. Equally frothy is James Conawayâ€™s Nose, a sharp and sharp-elbowed satire of Napa pretensions. And this just handed me: Tim Jamesâ€™ Wines of the New South Africa. Â¶ Cocktail-loversâ€™ summer lazes occasionally expose them to hosts or saloons whose idea of bar tools stops at bottle openers. Such dire straits are made for the Bar10der. Leatherman-like but much beefier [14 oz. and 9.5â€], it holds and

unfolds a life-saving array: jiggers, muddler, reamer, knife blade, zester, channel knife, strainer, folding stirrer, corkscrew and bottle-opener. That said, itâ€™s really for emergency use only, but if youâ€™re off to the remote and arid wastes, donâ€™t leave home without it. Â¶ And if the urge to study or compete should strike like a bolt from the blue, you can just download Marques de Casa Conchaâ€™s new Wine Expert, which has been designed for the app-happy among us. The beauty part: itâ€™s free if you visit www.MarquesdeCasaConcha.com. Naturally it includes a feature that tells you where you can buy MdCC wines, which are the spiffy, single-vineyard bottlings of Chileâ€™s Concha y Toro. Â¶ Now then: Read responsibly and donâ€™t forget trowel on that sunblock!
Â©2013 Bill Marsano 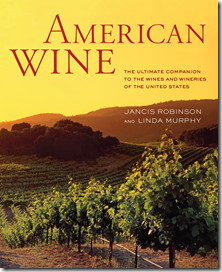 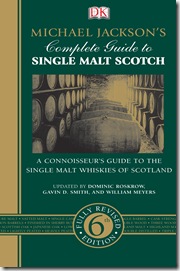