Fleeced in Flight by Delta?

The wine, by the way, was Redwood Creek (Cab or Merlot, I forget which, and I refused to buy it). Made by Frei Bros. of Modesto, R.C. is a nice, well-made line of value wines that give the cust 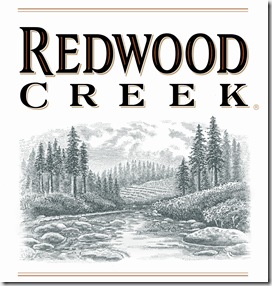 omer what he pays for and even a little more (at

thebarrelroom.com, R.C.’s 2008 Cabernet, Zin, Chardonnay, Merlot, Pinot Grigio and Sauvignon Blanc are $7.99 bottle/$95.88 case). The wines have many loyal fans but I suspect neither they nor winemaker Cal Dennison would put them in the $48 class.

In Beverage Media, the undisputed bible of the trade, I found R.C. 187’s wholesaling for $1.33 each. Then I made two calls. First I called Max Nicht, the German nihilist and sometime "Wurst King" of Bavaria. Max, who is also the wine-buyer for another U.S. carrier (and one of Delta’s competitors), wasn’t fazed by what I’ve just told you,  and he added “actually, airlines pay less than wholesale.”

Then, because it’s possible mine ears had deceived me, I called Delta PR for the traditional price-check-at-register 6. A chirpy young thing there was delighted to hear of my interest in Delta’s wine program—even when I mentioned pricing—and promised that the person who knew all about it would call me back soon.

Zin! Went the Strings of My Heart