A tedious chore for the wine-scribbler is the Best-Wines-for-Thanksgiving-Dinner story. Itâ€™s a statutory requirement, probably because some jealous, sour, water-drinking prig attached a rider to the Repeal Bill back in â€™32. And thereâ€™s no need or desire for it, because the old Norman Rockwell-style

Thanksgiving dinner is a banquet of excess, with too many dishes that donâ€™t get along with each other. And it stirs the Pairing Urge in many writers.

Pairing always seems a rather dubious enterprise to me. For one thing, it generates too much talk. Or prattle.* So instead, Iâ€™ll just tell you what went down, Chez Bill on The Day: All-American wines made from Americaâ€™s own wine grapes, Zinfandel and Norton, because Thanksgiving is an all-American holiday. That simple.

Zinfandel, American? you ask. Of course. Ours is an immigrant nation, and Zin, an obscurity of low degree, of murky origin and uncertain name, ignored by most and respected by none, is that American favorite, the immigrant success story. Croatiaâ€™s Crljenak KaÅ¡telanski, which went to Italy as Primitivo, came to the U.S. as Zinfandel. On our East Coast it was a mere table grape until it went west and Californians began to vinify it. Then it became a hitâ€”but not for long. Planted to excess and in all the wrong places, it faded, reduced to the status of anonymous blender.

Although Ridge Vineyards bottled its first single-vineyard Zinfandel in 1964 [it has 10 singles today], a real revival began only in the 1970s. Kent â€˜Dr. Zinâ€™ Rosenblum of Rosenblum Cellars told me that late-comers to California’s wine boom, priced out of the French varieties, turned to Zin at $300 a ton. â€˜Many of the old Italian immigrant vineyardsâ€™, Rosenblum said had â€˜maybe 40 or 50 different clones, many with distinct identities, often about a hundred years old.â€™ And small. Rod Berglund, owner and winemaker of Joseph Swan Vineyards, has a plot from 1872. How small is it? â€˜I really can’t say,â€™ Rod told me. â€˜I’d have to count the vines.â€™ Joel Peterson, whose Ravenswood Zins have been single-vineyards from his first vintage [1976], says most Zin grapes were sold to Big Blender â€˜until smaller producers began to recognized their quality and character.â€™ Growers who appreciated being appreciated, so to speak, who wanted the pride that came from having their names on the labels, â€˜often sold to the little guys at the same price despite the risk of non-payment and the added trouble of working with small lotsâ€™. A list of those old vineyardsâ€”Teldeschi, Frediani, Varozza, Bacigalupi, Mencarini, Saitone, Bacchi, Piccheti, Ciapusci, Forchini, Pagani, Galleani, Ponzo, Baldinelli, Gamboggi, Belloni, Gamba, Nicheliniâ€”reads like a field blend from Ellis Island.

Iâ€™m partial to many Zins, both rationally and irrationally. To Ravenswood, from the entry-level Vintnerâ€™s Blend that opens the double figures to the vineyard designates that threaten the triples, because of Joel Petersonâ€™s bold motto: â€˜No Wimpy Wines!â€™ [Also one of his cronies is thisclose to 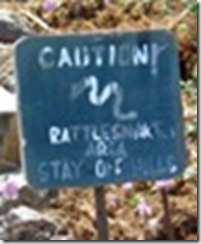 Jessica Lange, and if you ask nice he might throw in a free rattlesnake with your multi-case order.] Amapola Creek, too. Richard Arrowoodâ€™s wit is as good as his wine: He once told me how he arranged the financing for his first winery on a napkin at Windows on the World, adding â€˜Today it would be all lawyers. Talking to a lawyer is like talking to a fencepost with glass eyeballs.â€™ Also, he and his wife, Alis,

have my favorite pairing on their website. Bonny Doon? Randall Grahm didn’t just break wineâ€™s Mr. Stuffy mold; he shattered it with his flagrant puns and his Cardinal Zin. And Don Wallace of Dry Creek Vineyard is a sailor; he puts some of his favorite classic sailboats on his labels: Iâ€™m something of a salt myself, so I canâ€™t resist. 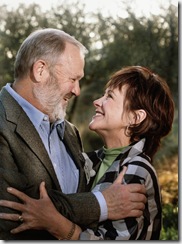 Isnâ€™t it romantic? Richard and Alis Arrowood, a pair for the ages.

The Norton grape is native but obscure. When and where Thomas Jefferson expensively failed with Vitis vinifera, the recently widowed Dr. Daniel N. Norton of Richmond, Va. successfully dealt with his grief by retreating to his farm and immersing himself in viticulture. There heâ€™s credited with having created Norton [or Nortonâ€™s Virginia Seedling, Nortonâ€™s Virginia, or Nortonâ€™s Seedling,] from the native Vitis aestivalis and an unknown vinifera, now extinct. First â€˜publishedâ€™ in 1830, in the noted New York nurseryman William Princeâ€™s â€˜A Treatise on the Vineâ€™, Norton went west to Missouri, then a center of American wine. It was adopted by the German immigrants who in 1837 founded the town of Hermann and, at essentially the same time, the Missouri wine industry. But not by intent: theyâ€™d planned to farm, which requires fields, not the steep hills they found. No crybabies, they! Instead of mounting violent protests and demanding a government bailout [this wasnâ€™t France, after all] they took note of the thriving wild vines all around and concluded â€˜God gave us a vineyard, so let us make wineâ€™. If not in so many words. Their Norton was much admired in time, and was called â€˜the Cabernet of the Ozarksâ€™.

Then came decline. One reason was the rise of California and the heady success of its Zinfandel; another was a change in tastes that favored hard liquor. Many wineries converted to distilleries to stay alive. There was a wave of anti-German hostility during World War I: especially after the Mauretania was torpedoed, there was more to it than merely re-naming sauerkraut, which was called Liberty Cabbage. Finally, Prohibition, the Depression and World War II put paid to the stateâ€™s vinous prominence.

Unlike Zin, Norton hasnâ€™t really recovered. Few have even heard of it. Confusion doesnâ€™t help: Argentinaâ€™s fine Bodega Norton has a large online presence, and some Norton is called Cynthiana. Under either name, itâ€™s found these days in Arkansas and Texas, but the Show Me State is its real stronghold. It is Missouriâ€™s State Grape, grown by six dozen or so wineries. Stone Hill, Augusta, Montelle, and Adam Puchta are some of the leading producers, and some others that are well regarded include Cave, St James, Westphalia, Chaumette, Native Stone and Mount Pleasant. â€˜We hand-sell itâ€™, says Tony Kooyumjian, Augustaâ€™s owner-winemaker. â€˜It can be too tart by itself but is excellent with food. With a well-marbled steak, with sausages and with rich cheeses, itâ€™s a very satisfying wine.â€™  Still, the grape remains an obscure one. After all, who these days associates Missouri with wine? Stone Hillâ€™s winemaker, Dave Johnson, says Norton wine is unknown â€˜even to some people who live across the street from the winery.â€™

In Virginia, its manger, itâ€™s largely ignored, despite the fact that a Virginia Norton won a gold medal at the Vienna World Exposition in 1873. In fact, it took a Hermann boy, Dennis Horton, to re-introduce Norton to Virginia, when he founded Horton Vineyards in 1988. Most of the stateâ€™s other 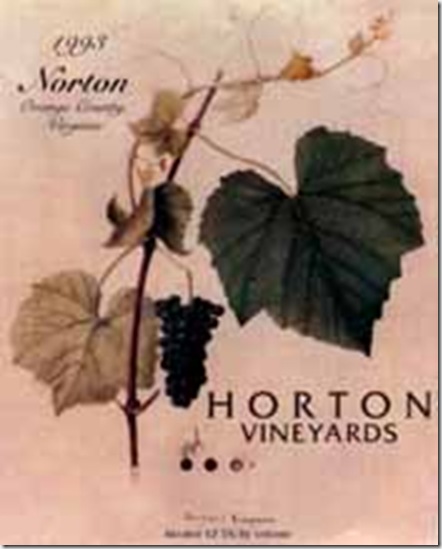 wineries played it safe, planting the French varieties that did so well for California. They were, after all, established as public favorites. But Horton wasnâ€™t alone. Jenni McCloud, owner, founder and head evangelist of Chrysalis Vineyards, put in 69 acres of Norton; other producers include Cooper, Keswick and Abingdon, although there are not so many as what McCloud calls â€˜this gemâ€™ deserves. In Virginia as in Missouri, the internet is the best friend of wine-lovers whose states are sufficiently advanced to allow direct shipment from beyond their borders. Those who donâ€™t might well look into www.freethegrapes.org and wine hero Tom Warkâ€™s winefermentationblog.com. Both of them tirelessly attack the Three-Tier System, the oligarchy that makes sure consumers pay more for less choice.

Soâ€”Norton and Zin for next Thanksgiving. Why not? On the other hand, why wait?

*When Doug Pendleton, owner of the famous Grapevine Cottage in Zionsville, Indiana asked a clerk for his favorite pairing The fellow rubbed his nose, pulled his beard and stroked his chin [this is made up] and said â€˜Iâ€™m torn between cedar-roasted salmon with a corn-and-scallion soufflÃ© and a Russian River Pinot Noir â€˜or a grilled ahi-tuna sandwich with havarti and Conundrum.â€™ [not made up]. Torn, is he? Well heâ€™s not invited to my house. Iâ€™m fresh out of ciabatta rolls and wouldnâ€™t give havarti house-room.