Come the 29th the Prince and the Commoner will be wed, and in a mood of unaccustomed generosity I pledge to forgive all related clichés [tying the knot, getting hitched, connubial bliss, etc.]—except the nonsense about leading her down the aisle. Aisles come in pairs and are at a church’s sides, parallel to the nave, which is where, with weddings, the action is. Only inadequate ecclesiastical vocabulary can account for this aisles error, so let’s hear no more of it. Anyway, Bill ‘n’ Kate seem to be decent kids who’ve kept themselves mostly out of the tabloids. Good cess to ‘em, says I, but with none of those Colonial yearnings that make too many Americans go all caramel-centered over Team Windsor. [My favorite example: the Sensitive Soul who reacted to 1997’s tragedy crying ‘Diana? Dead? But if she could die, what hope is there for the rest of us?’] Still, I suffer something of a frisson when I think of Kate wearing that ring: surely it’s cursed?

The sapphire alone in Kate’s engagement ring would retail for about $300,000; pikers can buy Amazon’s replica for $19.99 + shipping. Similar fauxnies are going like coldcakes for as much as a grand apiece.

The breakthrough for this wedding is that the royal family is no longer obsessed with virginity. Kate is allegedly a maidenhead short of maidenhood but ‘No biggie,’ says Prince Philip, reports Nigel Dumpster, dirt-dishing star reporter-hallucinator of Britain’s gutter press. [Back in the day—Diana’s, specifically —the royals got the blue creevies at the prospect of ‘some bloke going round saying he’s had the Queen of England.’] Kate’s fans, re-styling her deficit, say that makes her a modern bride. Shocked, shocked is my nextdoor neighbor H*Y*M*E*N K*A*P*L*A*N, Jewish virgin and proselytizer for purity. (‘Invest in your future—save it for marriage’ is her mantra). Never mind: the latest nonsense is the rumor that Kate may be in whole or in part Jewish [her mom’s a Goldsmith]. H*Y*M*E*N e-mails me a definitive denial: ‘MOT? IMNSHO, NFW! FO-MCL.’ [I have no idea what that means.] ‘Yeah, sure’ she says, revert-ing to actual words and scoring a rare double positive. ‘Goldsmith’s as Jewish as Fort Smith!’

Yet there is or was one royal who won me over: the Queen Mum [1900-2002], whom Helena Bonham Carter played so splendidly in The King’s Speech. Born Elizabeth Angela Marguerite Bowes-Lyon, she was successively Duchess of York, Queen Consort,
and Her Majesty Queen Elizabeth The Queen Mum. Her family was Scottish, mere minor nobility [not even Triple-A], but that didn’t matter: she married the Duke of York, who as second in line to the throne was pretty mere himself. In short [he stood a semi-kingly 5’9”], he didn’t matter either. Until. 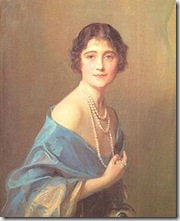 Until Wallis Simpson did Britain the great but rarely recognized favor of sweeping the king off his feet and his throne to boot. Edward VIII and Wallis went on to a life of global freeloading as the Duke and Duchess of Windsor; York became King George VI with the Duchess as his Queen Consort, and they became, with Winston Churchill, the great pillars of British wartime morale. That was especially so in 1940 London, during the Blitz: 76 consecutive nights of Luftwaffe air raids that leveled large parts of the city. The city’s East End, whose docks were critical to the shipping of food and arms, took a beating far worse than anything seen in movies. 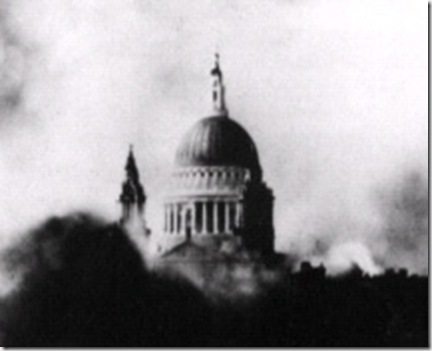 The London Blitz: St. Paul’s survives, Edward R. Murrow broadcasts live from the rooftops [‘This . . . is London. . .’] and the Queen says she is glad that Buckingham Palace took a hit. 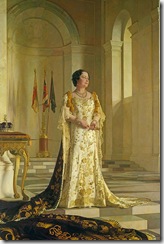 She was a trooper all her life. Aged 101 she broke her pelvis but still stood for the anthem at her late husband’s memorial service; injured again later she attended Princess Margaret’s funeral. The family fretted over the long trip involved but she did not. She asked only to be spared the press, so as to avoid being photographed in a wheelchair. She had wit. She was keen on horse racing and fishing. In hospital for a fishbone stuck in her throat, she said dryly ‘The salmon have got their own back.’ My relentless colleague J.T.D. Keyes tells me this: Aware that her staff included many elderly gay men, she once rang down from her bedroom to ask ‘How would one of you old queens like to bring this old queen a large gin and tonic?’

Speaking of which . . . It’s time to make one, because the G&T is a British classic, probably created in Injah during the Raj and an American favorite; and it was the go-to drink of the Queen Mum. To be sure of getting it made right, I’m calling in my Huckleberry friend Bruce Ramsay, who serves as
PouredWithPleasure’s miscelatore dei tutti miscelatori, for wisdom and counsel.

Let the gin be Gordon’s London Dry if, like the QM, you prefer traditional taste (no rose petals or lemon-grass here!) and outstanding value. Otherwise, Beefeater is a wonderful, respected alternative. Be sure that your ice cubes are fresh ones, not antiques that have been hanging around since the Ice Age. The tonic must be chilled and must be top drawer, too. Q Tonic and Fever-Tree are the best; stuff that comes in a plastic jug the size of a HEAT round is not. As for limes, those dull in color and hard as golf balls are too old; don’t stir without fresh ones. 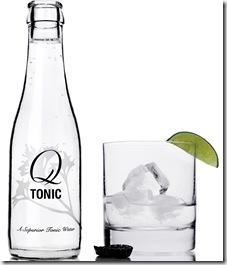 The highly regarded Q poses with a G&T that can be fairly called excessively responsible. Why not Schweppes, the old stand-by? Because it’s fallen, nay plummeted from favor because of high-fructose corn syrup and too many calories. It’s suspected of using synthetic quinine, too.
Now for the assembly. This is a built drink, that is, it’s built in the same glass in which it’s served. Fill a Tom Collins glass (or other 10-12 ounce glass) to the rim with ice. Add 1-1/2 to 2 ounces of Gordon’s gin. Carefully pour your tonic down the side of the glass, not over the ice. (This, says Japanese master mixologist Kazuo Uyeda, ensures that the tonic’s refreshing carbonation will be preserved.)

You have heard from the Master, Thirsty Reader. Now, let us stand and toast the Queen Mother’s memory. Cheers! Three cheers, in fact.