Speaking of useless appendages—we were, weren’t we?—one that I love to hate is the capsule. It’s al-ways in the way, Thirsty Reader. It’s useless. It’s not even a reliable guide because so many producers use white or silver on their red wine as well as white, while others use green or blue for everything. I de-clare war on the capsule. I scorn it and I skance it: I pronounce anathema upon it. Fie!

What did it ever do to me? Cop a gander at the array of medieval implements required to remove it. Then what about the waste? Plastic capsules are not recy-clable. The metal ones are (although the likelihood is nil) but they are nevertheless worse: environmen-tally hostile and socially nightmarish. Most of them 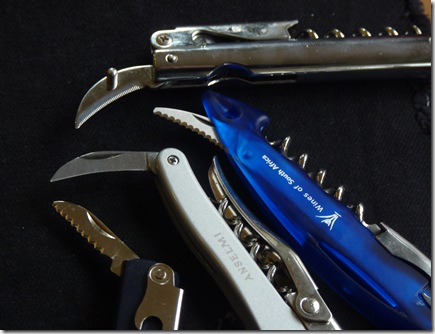 A selection of Conan the Barbarian’s personal medieval slashing weapons. Photo courtesy of the Museum of Enological Cruelty.

originate in countries whose mining practices and worker protections are even worse than ours. Places where, to use an old-fashioned phrase, ‘life is cheap,’ and where human rights are things you often have to negotiate with the police. Places like Bolivia, Brazil, China, Guinea, Indonesia, Malaysia, Mexico, Peru, Russia, Vietnam. ‘Nuff said?

Take aluminum. Please! It begins with bauxite ore, which is strip-mined and sent great distances by ship. Elaborate processing requires astronomical quantities of electricity and chemicals and produces poisonous waste you wouldn’t believe. Tin? Pretty much the same—strip mining is common but so are dredging (strip-mining the seabed) and hydraulics (blasting with high-pressure water cannons. It’s pro-cessed in coal furnaces, of course, but I’m sure 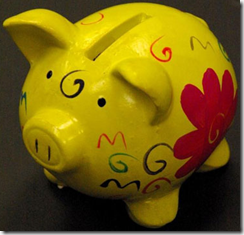 only clean coal is used. Aren’t you?  Then there’s lead. Accord-ing to PWP in-house expert Yitzhak New-ton, the Israeli phys-icist and snack-time cookie king, lead is so poisonous it con-stitutes a vertical hazard—one that can cripple and kill at every step from miner to consumer. The latest toxic novelty item from the People’s Lead-

Flavored Republic of China. In this country we have had lead-free housepaint and no-lead gas for several decades now, but don’t depair. To be sure we get our Recommended Daily Allowance, China (natch) has stepped up, exporting lead to us in toothpaste, toys, dinnerware, shopping bags, cosmetics, jewelry, baby formula, drywall (!!) and now even piggy banks. So I’m thinking of having a bumbersticker made up:

Buy Nothing Chinese Except Take-Out.

And then there’s the inconvenience: the capsule is just another thing to be fussed with. Jancis Robin-son (.com) agrees with me: ‘Anything that makes wine hard to get at is something I’m dead against.’ So does Joel Aiken, longtime VP of winemaking for Napa’s Beaulieu (and now top kick of his own outfit, aikenwineconsulting.com): ‘What other drink do you need a tool to open? Consumers shouldn’t be chained to 18th Century technology.’ Both were talking to me specifically about corks v. screwcaps at the time, but I’m sure they don’t cut the capsule any slack.

It’s not as if the capsule is actually useful. Supposedly it protects the cork from mold and suchlike, but surely it does so only when bottles are stored for many years. On the other hand, it will conceal seepage, which is something you’d like to know about sooner rather than later. The dab of wax used by some producers surely provides all the protection needed.

I’ll own up here, admitting that my animus comes in part from personal clumsiness. I’ve perforated my-self more than a few times with the nasty fang that comes standard with almost every Waiter’s Friend. The fang is being replaced these days by a safe sub-stitute—blunt and serrated—but the necessary saw-ing motion produces a ragged Texas Chainsaw Mas-sacre­ look that offends my finer sensibilities. I have 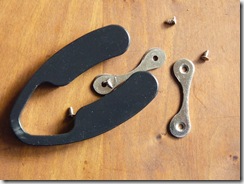 also tried a couple of those black plastic affairs, called foil cutters [left], that look so much like tiny pliers: just squeeze and twist and you’re done, or so I’ve heard. Both of mine failed catastro- phically on the first try. The dainty wee steel blades were ripped from their inadequate sockets with consummate ease.

So there’s an end on’t; as they used to say in Shakes-peare’s time. I’ve found my own solution, which is to lay hold of a small knife and swipe away, much as if 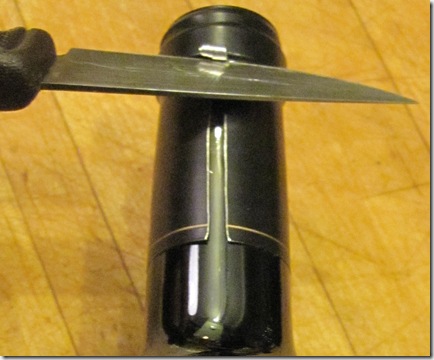 I were sabering a bottle of champagne. My case worker doesn’t like me to play with sharp things, of course, so when she intervenes (in my own best  in- terests, of course) I resort to the thumbnail  tactic, which works most of the time. Still, that helps only me and perhaps you. Wine-lovers at large would be better served (along with the environment, solid- waste disposal sites and innumerable Third World worker’s comp cases, if there were no capsules at all.

While at other times I resort to a crude, medie-
val approach. The wine, an Amapola Creek Zin-fandel, deserves better, so perhaps I should call this the artisanal method.

Now I will surely get from  some offended sommelier a strident note claiming that I am dumbing down wine and insisting that the capsule, like the sacred cork and the traditional popping thereof, is an integ-ral, nay indispensable component of the ‘romance’ and the ‘magic’ of wine, to say nothing of his tip.

To which I reply Screwcap you, buddy.