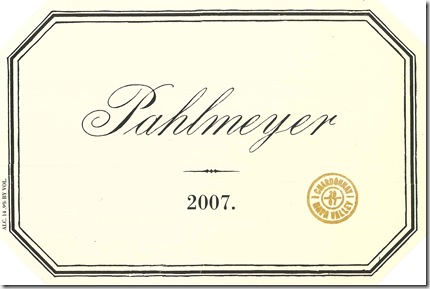 Whoâ€™d have thought weâ€™d ever see Pahlmeyer Chardonnay hawked at 40% off? Yes, some other California Cult wines have seen cuts already, but Pahlmeyer was still a bit of a shock. Yet there it was in my newsletter from Grapevine Cottage: the 2007 Pahlmeyer Chardonnay, $41.99 a bottle (under $38 with the 10% case discount). Thatâ€™s a shock on the order of the one a few years ago when someone at Mondavi unloaded some remnant cases at a fire-sale price. It was the first time Opus One was offered by Trader Joeâ€™s, and likely the last.

Grapevine Cottage is a little outpost in wine-loving Zionsville in alcohol-hostile Indiana, whose legislature never misses a chance to stick it to retailers. For example, if Grapevine Cottage were to ship the bargain Pahlmeyerâ€”even in-stateâ€”it would be a felony (only Indiana wineries are allowed to ship): customers must go to the store. The latest legal irritant: Retailers must check the ID of every customer ordering drink every time or risk a $1000 fine. (Restaurants are exempt, suggesting that the law is aimed at store owners.) Nevertheless, GCâ€™s owner, Doug Pendleton, somehow survives, even thrives through good service, good pricing and a durable sense of humor. It helps that heâ€™s scooped the world on the Pahlmeyer. The winery itself is out of the 2007 (Doug is doubtless stalking the â€˜08). Online prices from other retailers run from a little less to a whole lot moreâ€”but only and always for Pahlmeyerâ€™s second wine, called Jayson.

Pahlmeyer was pretty much an insiderâ€™s secret until 1994 and a fateful meeting at the intersection of Hollywood and Wine. Hereâ€™s what happened: At Spago, two movie bigshots were chewing on lunch and a script problem. The script, titled Disclosure, was from a novel by Dr. Michael Crichton, a reliable hitmaker: his latest, of many, had been Jurassic Park, so Disclosure was obviously going to be a big deal. The script, centered on a newly promoted boss who tries to trap a married subordinate in a career-wrecking sexcapade on the office sofa, has a role-reversal twist: The evil boss is a smoking-hot woman, her victim a man. In the book, her lure is blunt and dull. She says essentially, â€˜Câ€™mon, Iâ€™ve got condoms.â€™ Not only dull but vulgar. The movie needed something better, something suggestive that oozed temptation. Something box-office sexy.

About then Wolfgang Puck breezed by. Heâ€™d just received his allocation of Pahlmeyer and–as smart hosts of smart restaurants do–he was pouring for his A-List clients. The movie men sipped it and much as they liked the taste they especially liked the name. Pahlmeyer–it sounded classy, arcane, hard to get. And so, just like that, it was in the movie.

Hard to get indeed. During shooting in Seattle the go-fer sent to fetch it couldn’t find a bottle anywhere. Desperate (a go-ferâ€™s job is not merely to go but to come back with), he called the winery in the hope of scrounging a freebie. Jayson was not amused. He said, "My chardonnay costs $25 a bottle." And hung up.

Jayson was brought up to speed a little later: the filmâ€™s producer called to gently explain the potential value of product placement. Jayson was skeptical. Even the fact that Budweiser had paid a bundle (said to be between $250,000 and a cool, frosty million) to put a can of their suds into Tom Cruiseâ€™s hand in Top Gun didnâ€™t impress him. He told me later that the whole business seemed ridiculous. But anyway, he said, â€˜I sent him two cases. What the hell.â€™ 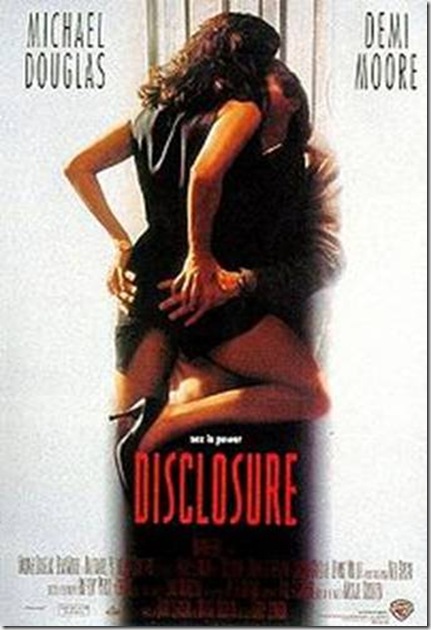 Months later Jayson saw Disclosureâ€”and still he wasnâ€™t impressed. Audiences, however, were. After seeing Demi Moore lick her lips over the Pahlmeyer–and Michael Douglas–they rang Jayson’s phone off the hook as soon as they cleared the theater. They stuffed his mailbox. They cleaned him out. â€˜I’d made 400 cases,â€™ he told me. â€˜I could have sold 400,000.â€™ Later releases of the filmâ€”to foreign theaters, video, cable and network television–had the same result. "I had to get a new mailbox," Jayson said. "Mail arrived in huge plastic bins." Even today he still gets a few extra orders after Disclosure airs on late-night cable.