Well, yes, we are late here at PWP, but we have excus-es, as usual: a] we have two holidays to deal with, b] although they are called days we celebrate them here as months and c] the dog ate our homework.

So hereâ€™s the deal: March 17 is St. Patrickâ€™s Day, a.k.a. St. Patâ€™s and Saint Paddyâ€™s. (Whatâ€™s this St. Pattyâ€™s Day I read of latterly? Is there some girl saint I donâ€™t know about?) March 17 is also Italian Unification Day: the 150th anniversary of the day in 1861 that Italy ceased to be what Prince Metternich called [correctly] a â€˜geographical expressionâ€™ and became a nation. (So far as was possible for Italians, who seldom speak with one voice unless gli azzuri, the national soccer team, are in the World Cup.)

In any event, a double holiday lasting a month: doesnâ€™t that call for a drink? The question is rhetorical, and in any case, weâ€™ll have a couple, Irish and Italian.

Irish whiskey has returned from the Vale of Desuetude thanks to both cocktail culture and increased interest in whiskies of taste and character. This has done a power of good for the likes of Bushmills, Midleton and both Johns (Jameson and Powers), as well as Kilbeggan, The Tyrconnell, and Tullamore Dew. Newcomers like Con-nemara, Knappogue Castle, Clontarf, Michael Collins, and The Irishman sip awfully well too, as does Irish grain whiskey, which the Irish take far more seriously than the Scots do theirs. Although thereâ€™s just the one â€”Greenoreâ€”itâ€™s bottled at 8 and 15 years.

The 15-year-old (left) has won top grain hon-ors at the Worlds Whiskies Awards three years running. So make yourself a Shillelagh (pronounced shi-LAY-lee), which is named for a traditional black- thorn walking stick, homemade back in the day (before anyone knew it was artisanal) and used to support the in-firm and to discipline the impertinent. (In extremis, a hurley may be substi-tuted. Combine the concept of rough justice with â€˜giving it to â€˜em with the bark onâ€™ and the result is shillelagh law, an ancient religious rite.

Fill your rocks glass with ice and equal parts Irish whiskey and Baileyâ€™s Irish Cream; stir. And there you are. The drink is a simple one, not to be confused with another, called the Irish Shillelagh, which will would you with chasing after overproof white rum, sloe gin, peach schnapps and other stuff. If you tire easily, you can stop at the glass and the whiskeyâ€”the stuff is won-derful sipped neat. Adding the Baileyâ€™s honors Irish in-genuity: It was created in the 1970s, when whiskey vet-erans Tom Jago, James Espey and Peter Fleck learned of enormous new tax breaks being offered to commercial users of Irish dairy products. Buying cream by the long ton, they applied the â€™just add alcoholâ€™ approach with notable success.

And so recently (while I should have been writing this, in fact) I unlimbered the crystal barware and adminis-tered the sacraments aided and abetted by my nextdoor neighbor Upton O’Goode, an relentless prankster from County Donegal, who dropped in with his two rascally brothers Doone and Compton. Together we toasted the memory of Mulligan, Stu, a punctilious librarian and pedant who was killed in a duel over the proper cata-loguing of Lafcadi Oâ€™Hearn.

The Italian counterpart of St. Patrick is San Pazzo, who drove the snakes out of the countryside and into elect-ive office. As for Italian drinks, Iâ€™m going to preen my-self on my own inventionsâ€”the Red Priest and the Si-cilian Vespers. Both are based on Prosecco, for which the world has been going crazy for some few years now. Too crazy, if you ask me. With Prosecco raised to DOCG status, its vineyard is being expanded, which bodes ill for quality. So before exploitation does to Pro-secco what it has done to Pinot Grigio, Soave and Fra-scati, get some and chill it, and some cherry juice and Sicilian blood-orange juice, too, to 45 F./7 C. 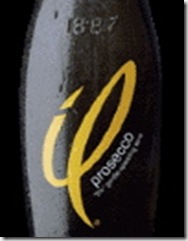 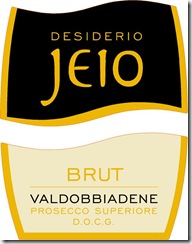 Perfect Proseccos for your Red Priest and your Sicilian Vespers, to say nothing of your Bellinis.

Mionetto Il and Bisol Jeio Prosecco are available al-most everywhere. The Sicilian Vespers requires blood oranges, which are available fresh in some markets be-tween October and March. Beware: blood oranges are ugly little things, nothing like your standard California products, which are big and cosmetically perfect, like Lindsay Lohan and Paris Hilton. And equally tasteless. Theyâ€™re very pulpy, so juicing can be a messy business. Bottled juice is fine (itâ€™s usually a blend of Sicilian San-guinello, Tarocco and Moro oranges. Itâ€™s available on-line and off-, but I often sneak mine in from Italy in my luggage. [Yes Iâ€™m deranged; why do you ask?]

For the Red Priest you substitute cherry juice. Making it is a real project, so you might want to start with the bottled juice and see how it goes.

Proseccoâ€™s effervescence is fragile, so pour the (thicker) juice into the (thinner) wine: the resulting self-stirring effect requires little or no help from your bar spoon. (I admit that others counsel the exact opposite, but with-out explanation.) My nextdoor neighbor Louie DiNuo-vo, a relentless pest and freeloader, recommends add-ing some muscle: an ounce of Gran Gala or Cointreau, or Cherry Heering, as appropriate. Serve both of these drinks in flutes, Collins glasses, or one of the tall nar-row column glasses that are the cynosure of all eyes at these days at Colicchio & Sons on Tenth Ave., where deleetmeetteet.

Bar-Bet Background: The Red Priest is named for An-tonio Vivaldi, the Venetian composer called il prete ros-so for his red hair. The Sicilian Vespers recalls March 30, 1282, when enraged Palermitani revolted against their French masters. Verdiâ€™s opera I Vespri Siciliani uses the ringing of the Vespers bellâ€”the call to evening prayerâ€”as the signal for the revolt to begin, but many historians believe was merely coincidental with the ris-ing, which was more spontaneous than plotted. Either way, the French screamed bloody murder.